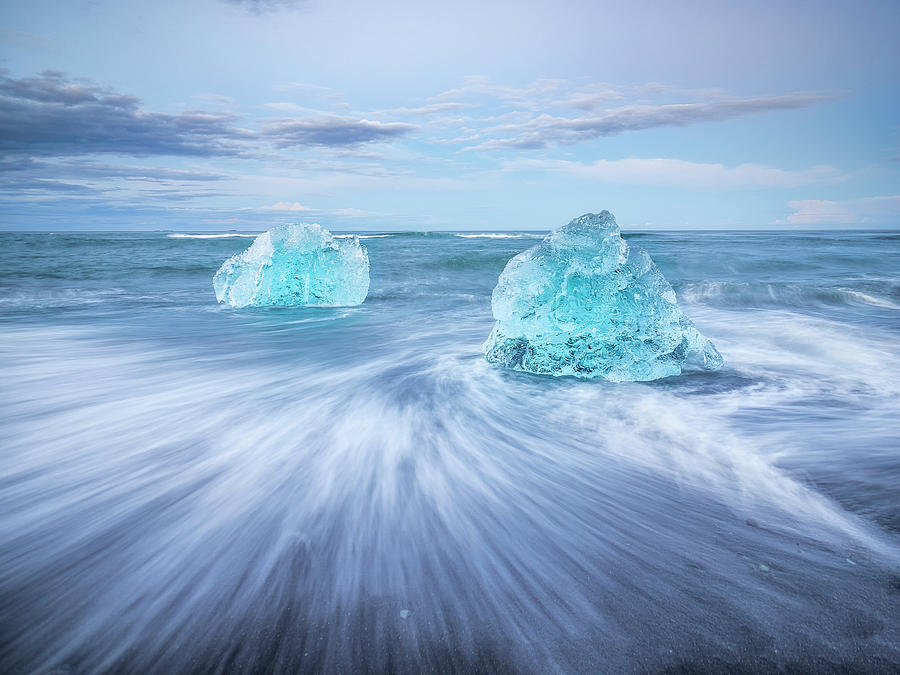 Diamond in the rough.

Diamond in the rough.

The Glacier Lagoon Jökulsárlón.Jökulsárlón literally means "glacial river lagoon".Jökulsárlón is a large glacial lake on the edge of Vatnajökull National Park and developed into a lake after the glacier started receding from the edge of the Atlantic Ocean. The lake has grown because of melting of the glaciers and has increased fourfold since in the 1970s. It recently became the deepest lake in Iceland, over 248 metres.
The icebergs that calve from the glacier edge move towards the river mouth and get entrenched at the bottom. The movement of the icebergs fluctuates with the tide currents, as well as being affected by wind. However, they start floating as icebergs when their size is small enough to drift to the sea. These icebergs are seen in two shades: milky white and bright blue, which depends on the air trapped within the ice and is an interplay of light and ice crystals.

Thank you so much Mo.