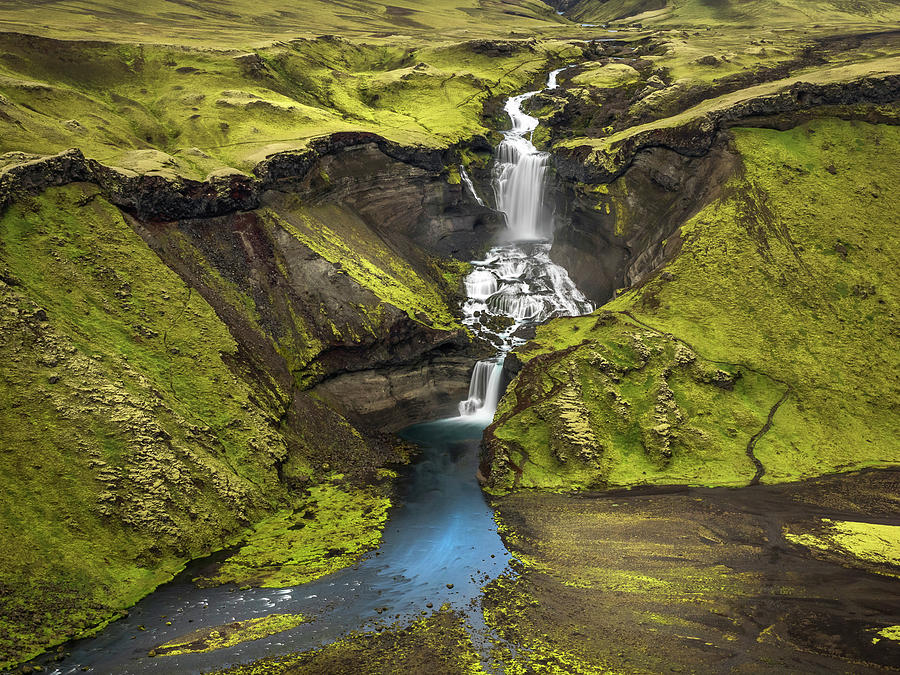 The waterfall Háifoss is situated near the volcano Hekla in the south of Iceland. The river Fossá, a tributary of Þjórsá, drops here from a height of 122 m. This is the fourth highest waterfall of the island, after Morsárfoss, Glymur and Hengifoss.Háifoss, The high waterfall, is one of the Highest and also one of the most striking waterfalls in Iceland. Placed in a magnificent but relatively narrow gorge leading into the Icelandic Highland from the valley Þjórsárdalur it is one of the major waterfall attractions in Iceland. It is part of the river Fossá or Waterfall River. The height is impressive as it falls the 122 meters down the two million years old cliff. It is a beautiful sight from top to bottom including the geologically rich background in the cliffs. It is not a lonely waterfall as it lives in the bottom of the gorge with its dear friend and companion for thousands of years, the waterfall Granni or Neighbour.