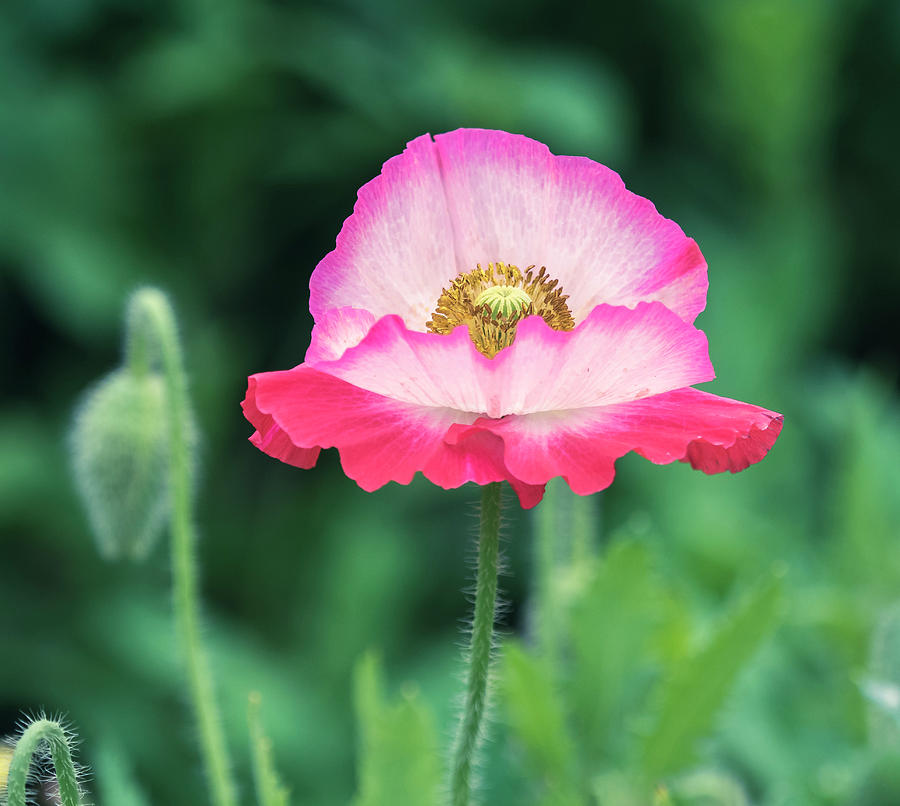 A poppy is a flowering plant in the subfamily Papaveroideae of the family Papaveraceae. Poppies are herbaceous plants, often grown for their colorful flowers.
he name is used especially for the bright red flowers which are common in this group. The are symbolic, and used to remember the Armistice Day of World War I, now known as Remembrance Day. Now it is celebrated in the Commonwealth for those who died in all wars.

Some types can be grown and used to make the drug opium. Ancient Egyptian doctors had their patients eat seeds from a poppy to relieve pain. Poppy seeds contain small quantities of both morphine and codeine. These are pain-relieving drugs that are still used today. The morphine practically disappears from the seeds twenty days after the flower has opened, so from then on poppy seeds and their oils are not narcotic.
There are a number of showy flowers, typically one per stem, in to the poppy family. They include a number of attractive wildflower species with showy flowers growing singularly or in large groups. Many species are grown in gardens. These include large plants used in a mixed herbaceous border and small plants that are grown in rock or alpine gardens.
The flower color of poppy species include: white, pink, yellow, orange, red and blue. Some have dark center markings. The cultivated species include many other colors ranging from dark solid colors to soft pastel shades. Before blooming, the petals are crumpled in bud, and as blooming finishes, the petals often lie flat before falling away.
The pollen of the oriental poppy, Papaver orientale, is dark blue. The pollen of the field poppy or corn poppy (Papaver rhoeas) is dark blue to grey. Bees use poppies for its pollen.

This looks so awesome Usha. Faved

Thank you Nancy for featuring my image in" Macro Photography only " group.