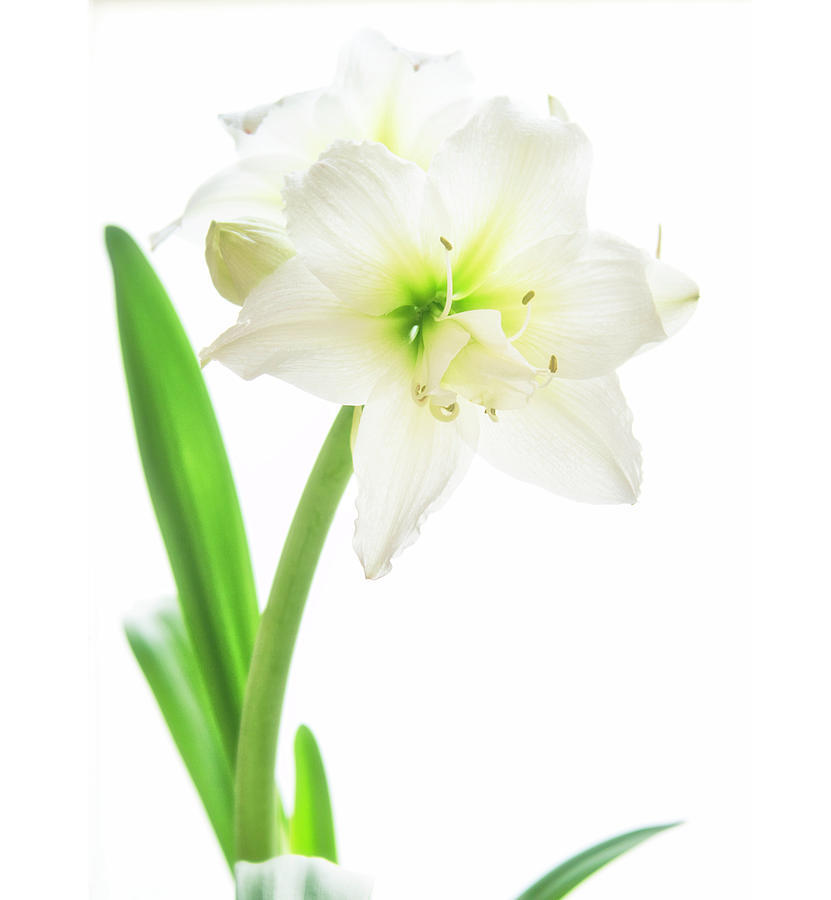 A high key image of an Amaryllis bulb named 'White Nymph'.
It is the only genus in the subtribe Amaryllidinae (tribe Amaryllideae). It is a small genus of flowering bulbs, with two species. The better known of the two, Amaryllis belladonna, is a native of the Western Cape region of South Africa, particularly the rocky southwest area between the Olifants River Valley to Knysna.[2] For many years there was confusion among botanists over the generic names Amaryllis and Hippeastrum, one result of which is that the common name "amaryllis" is mainly used for cultivars of the genus Hippeastrum, widely sold in the winter months for their ability to bloom indoors. Plants of the genus Amaryllis are known as belladonna lily, Jersey lily, naked lady, amarillo, Easter lily in Southern Australia or, in South Africa, March lily due to its propensity to flower around March. This is one of numerous genera with the common name "lily" due to their flower shape and growth habit. However, they are only distantly related to the true lily, Lilium.

So very lovely. You are SO good at floras! L/F

Thank you William. I am assuming that your surgery went well and you are back in action. Happy and healthy New year to you.