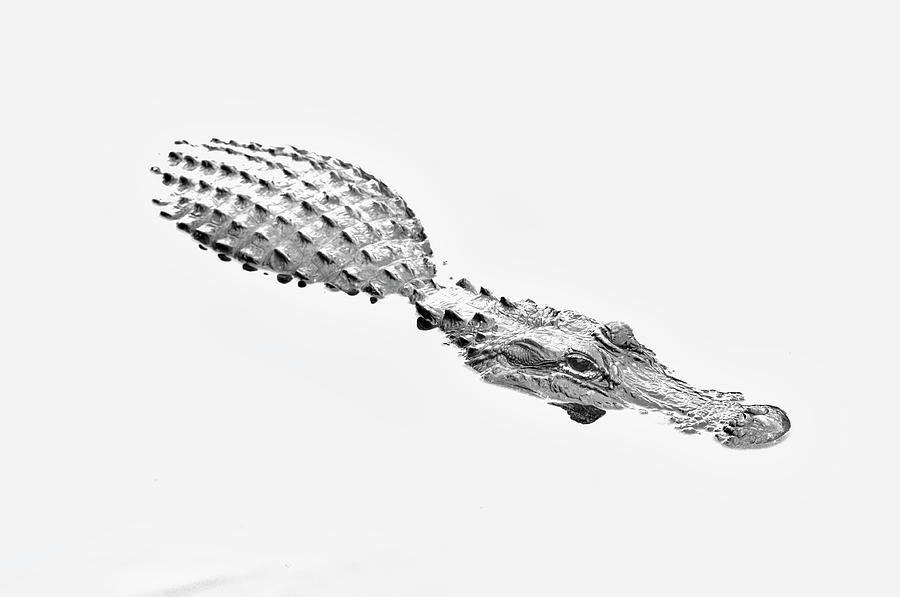 The American alligator (Alligator mississippiensis) ranges throughout the southeastern United States, and alligators within Everglades National Park exist at the southern extreme of their range. Alligators primarily inhabit freshwater swamps and marshes and can also be found in rivers, lakes, and smaller bodies of water. They can tolerate a reasonable degree of salinity for short periods of time and are occasionally found in brackish water around mangrove swamps even though they lack the salt-secreting glands present in crocodiles. Dens are burrowed out and used for shelter and aestivation when winter temperatures fall or more commonly in the Everglades, when conditions are very dry. Even outside their dens they can tolerate limited periods of freezing conditions. During the winter dry season they modify their habitat by excavating “alligator holes,” which also provide a refuge for other animals during dry periods.

Congratulations! This simple and essential image has been selected by group members as a Featured Image in the Best of Minimalism group.