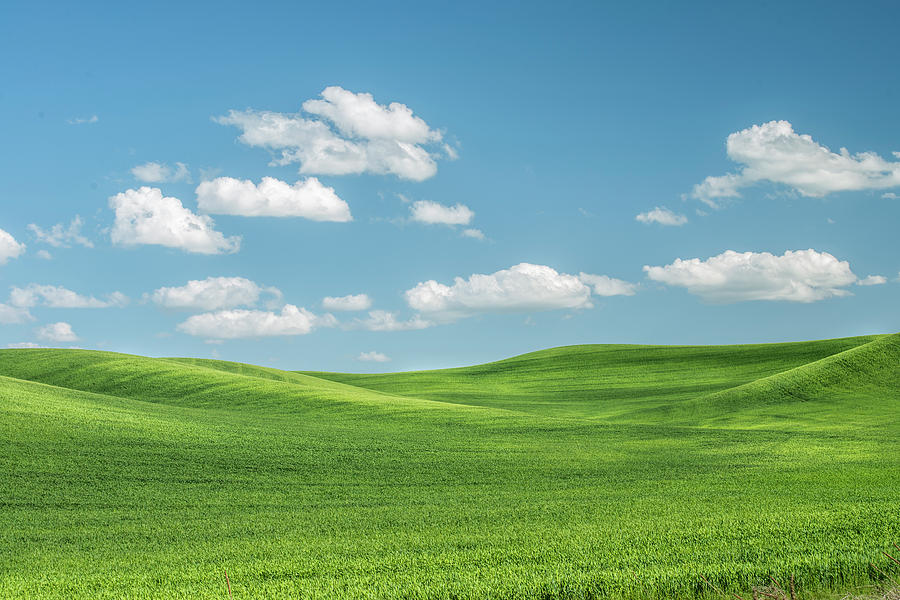 The Palouse is a region of the northwestern United States, encompassing parts of southeastern Washington, north central Idaho and, by some definitions, parts of northeast Oregon.
The Palouse is the most serene and pastoral of the seven wonders of Washington State. It is a region in south eastern Washington characterized by gentle rolling hills covered with wheat fields. The hills were formed over tens of thousands of years from wind blown dust and silt, called "loess", from ﻿dry regions to the south west. Seen from the summit of 3,612 foot high Steptoe Butte, they look like giant sand dunes because they were formed in much the same way. In the spring they are lush shades of green when the wheat and barley are young, and in the summer they are dry shades of brown when the crops are ready for harvest. The Palouse hills are not only a landscape unique in the world, but they are beautiful to behold, making them my favorite of the seven wonders of Washington State.

Congratulations! This simple and essential image has been selected by group members as a Featured Image in the Best of Minimalism group.

Thanks to all for the honor of being selected by group members as a featured image in the Best of minimalism group.

Gorgeous clean, bright colors and engaging composition, Usha. This is a pod choice for me in the Best of Minimalism group.

Thank you very much Mitch for your vote for POD in the Best of minimalism group.

True minimalism! I like how the shapes of hills and clouds compliment each other. F/L and one of my minimalism group's POD for 10/31/17.

Thank you Gary for your vote for POD of the day. I am so honored.

This is beautiful! My POD choice for Best of Minimalism! l/f

Thank you Elisabeth for your vote for best minimalism. I appreciate tour kind words.