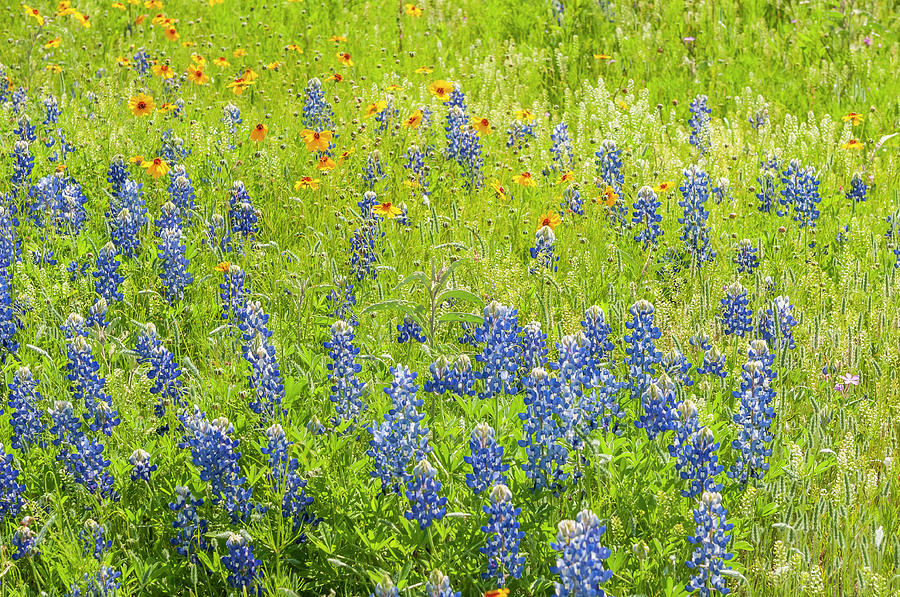 Bluebonnet is a name given to any number of species of the genus Lupinus predominantly found in southwestern United States and is collectively the state flower of Texas. The shape of the petals on the flower resembles the bonnet worn by pioneer women to shield them from the sun. On March 7, 1901, Lupinus subcarnosus became the only species of bluebonnet recognized as the state flower of Texas, however Lupinus texensis emerged as the favorite of most Texans. So, in 1971, the Texas Legislature made any similar species of Lupinus that could be found in Texas the state flower. Their deep-blue blossoms can be seen from March through May in most areas of Texas, as they are heavily planted on roadsides and highway rights of way.